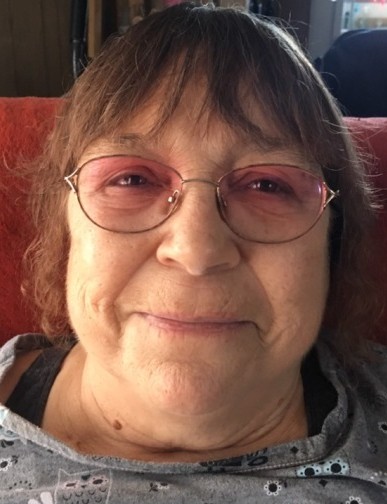 Patsy Dawn Holt passed away peacefully on March 11, 2019. Pat was born on August 3, 1953 to Dewey Spor and Alice Beach in Delta Utah. She had two sisters Barbara (Harold) Crosland, April (Ramon) Crosland, and four brothers David, Dennis, Darren, and Richard Spor. She is survived by Ric and April. She had three children Suprena (Jeff) Welch, Jason (Melanie) Holt and Bobby Russell. She also considered a few more people her kids such as Laurie (Adolfo) Crosland, Mike (Corina) Crosland, Darwin Crosland, and Robert Crosland. Pat also loved her grandchildren very much Trisha, Shane, Shaynia, Alex, Lacey, Autumn, Oceana, Sullivan, Emily, Jack, Justin, Tifanie and Mariah. She was also so happy to be a part of 17 great grandchildren.  Pat loved life and loved people, and was so fortunate to find her soulmate Edward Cosgrove he became the love of her life. She also loved her pets they were like her kids.  Pat lived in many places during her life, but the place she called home and loved the most was Astoria. Throughout her life she worked in several professions, but she loved working with the public people the best. She spent many years crocheting and taught several of her grandchildren as well, she also liked to tan, play pool, draw, play games on her phone, and her newest favorite activity Music in The Park with her family.

Her family will hold a gathering in the future.

To order memorial trees or send flowers to the family in memory of Patsy Dawn Holt, please visit our flower store.