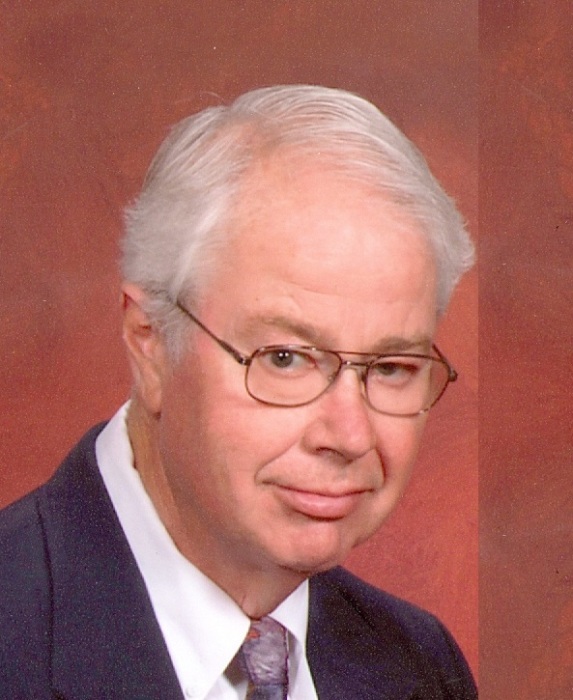 Ben Cavaness, 75, passed away at Portneuf Medical Center from complications of Parkinson’s Disease Tuesday morning, August 28, 2018. Ben was raised in Salmon, Idaho. He was one of five children of Jesse Faye and Ross Cavaness. Ben served six years in the Army National Guard of Idaho while attending the University of Idaho, where he met and married his wife of fiftytwo years, Linda (Suesz) Cavaness. He graduated with a B.A. in business and a juris doctorate. Ben and Linda lived 49 years in American Falls, Idaho, chosen for its good education reputation. They raised three children: Jenifer Cavaness-Williams, Jeffrey Cavaness, and Jaynee (Cavaness) Haygood. Ben practiced law and served as city attorney and as the Power County prosecuting attorney. Linda taught at William Thomas Middle School. Ben enjoyed spending time with his family, working on the farm he leased out, and coffee talks with the guys. He loved being busy and helping others. After retiring from his law practice, he served four overseas missions for the Evangelical Lutheran Church of America, three of them with Linda. He also volunteered with the Red Cross. Ben taught his children to love and serve others, to love animals, and to “leave the world better than when you found it.” His legacy is his three children and seven grandchildren who work for the betterment of the world. Ben is survived by his wife, Linda Cavaness, daughters Jenifer Cavaness-Williams and Jaynee (Cavaness) Haygood, and son, Jeff Cavaness. He is also survived by his seven grandchildren: Ian and Erin Williams, Ariyanna and Braydon Haygood, and Max, Amelia and Margaret Cavaness. In lieu of flowers Ben be honored if your memorials went to Hope House, PO Box 550 Marsing, Idaho 83639. A viewing will be held from 9:30 to 10:45 AM Friday, August 31, 2018 with the funeral service following at 11:00 AM at St. John’s Lutheran Church in American Falls. Memories and condolences may be shared at www.davisrosemortuary. com.

To order memorial trees or send flowers to the family in memory of Paul Ben Cavaness, please visit our flower store.
Send a Sympathy Card