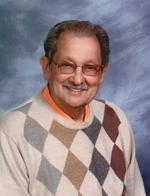 Ralph Lee Schwarz 69, of American Falls was called HOME to be with his Lord and Savior Jesus Christ on February1, 2011 surrounded by his family and friends.
He was born on September13, 1941 in American Falls, Idaho, the son of Roy and Hulda Schwarz. He was born and raised in American Falls. He attended schools in American Falls, Spokane and Suitland, Maryland. He graduated from American Falls High School in 1959. In 1960 he moved to southern California. He attended Citrus Junior College in Asuza. He drove ambulance in Elemonte, California at which time he met Mary Rayno. They were married in 1963 and Ralph became a stepfather to Douglas Wayne Sparlin. Ralph and Mary had two children Troy born in 1966 and Jenifer born in 1969. While in California he was also employed by Bank of America and he was involved with the Charter Oak Youth Baseball Program as coach, manager and served on the board of directors.
In 1974 he returned to American Falls to raise his family in an environment that he knew would be filled with love and kindness of all who surrounded them.
He purchased Lish’s bar and worked there for many years. He was also employed by Cytozyme Bio-tech products. From 1985 until he retired he worked for Country Chevrolet later named Rick’s Chevrolet and currently Hiring Chevrolet.
He loved the outdoors and was an avid hunter and fisherman. He cared deeply about preserving the wildlife and waterways around his hometown. Therefore he was a charter member of Ducks Unlimited, a member of the Rocky Mountain Elk Foundation, Idaho Steelhead and Salmon Unlimited and a committee member of Power County Water Ways. He was involved with the National Museum of the American Indian.
He made his community a top priority. He was a lifelong member of St. John’s Lutheran Church. He was a chairman and trustee for the American Falls School District #381 for many years.
He is survived by his brother Roy, his loving daughter Jenifer, and sons Troy and Douglas; his grandchildren Zac, Quinn, Alexis, and many extended family members and friends.
Ralph was preceded in death by his parents, his step-father Fred Haines, his sisters Lorraine and Hazel.
“I loved life, family, the beauty of nature and all the rewards that outdoor activity brought. Friends and friendship are very important to me. I loved all sports, music, Indian history, art and all dancing.” Ralph Lee Schwarz

The funeral service will start at 12:00 noon on Saturday February 5, 2011 at the American Falls High School Auditorium. The viewing will be Saturday from 10:30 to 11:45 a.m. prior to the funeral at the school. Donations can be made at any Key Bank to an endowment scholarship fund for the “benefit of Ralph Schwarz.”

To order memorial trees or send flowers to the family in memory of Ralph Lee Schwarz, please visit our flower store.