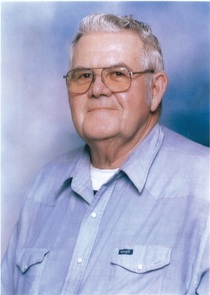 Ralph Fredrich Whitehorn, 77, of American Falls, ID passed away from cancer at the Power County Nursing Home on Jan 17, 2016.

Ralph was born May 26, 1938 to Francis Glen Whitehorn and Laura Marian (Bergman) Whitehorn in Yankton, South Dakota.  He grew up on the family farm east of Hartington, Nebraska with his brothers and sisters. It was there that he began to develop his skills as a mechanic and also his love and compassion for animals. He graduated from Hartington High School in 1956.

Ralph married Shirley Caster on June 21, 1958 and they had five children together; Ryan, twins Sharon and Sheryl, Tammra, and Laurie. They later divorced.

On January 28, 1971 Ralph married Judy Ann Felts, daughter of Harry and Mable Weaver of Aberdeen, Idaho.  Judy passed away on January 10, 1994 from a lung condition at age 51.

After Judyâ€™s death, Ralph met Alice Cox and they began a companionship. His daily visits to Edgewood Assisted Living where Alice has been a resident the last few years shows an unsurpassed devotion, and of course he always remembered the resident puppy dog, Mattie with a daily treat.

Some of Ralphsâ€™ life work over the years included farming, working for Omaha Public Power, Iowa Beef Packing and Sioux City Motor Express trucking, and later Kent Brothers in American Falls.  He was an accomplished truck driver and diesel mechanic. He was a devoted volunteer at the Power County Senior Center.   He received â€œVolunteer of the Yearâ€ in 2014.  Ralph also had a love for photography that he shared with his daughter, Tammra and sister, Betty.

Ralph was also survived by Aliceâ€™s family, Norene Wynn, and Connie Funk (Alan), Polly Shaw (Laddie), and their children and grandchildren, who will truly miss Ralph, who brightened and blessed all their lives.

A celebration of life will be held in Ralphâ€™s honor 11 AM Sat., Feb. 6th at Davis-Rose Chapel, 170 Idaho Street in American Falls with a luncheon following at the Power County Senior Center.  Interment will be at a later date.

In lieu of flowers, donations can be made to the Power County Senior Citizens in Ralphâ€™s Memory.  Condolences, memories and photos may be shared at www.davisrosemortuary.com.

To order memorial trees or send flowers to the family in memory of Ralph Fredrich Whitehorn, please visit our flower store.
Send a Sympathy Card