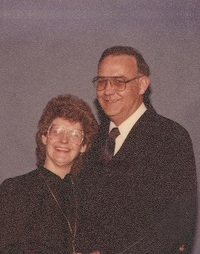 Ray was born in Champaign, Illinois.  He graduated in 1954 from Fisher, IL High School, where he was a standout basketball player and track performer.  He served in the U.S. Navy from 1955-59.  On June 9, 1960, Ray married Jacqueline Mae Domick.  He attended the University of Illinois, graduating in 1964 with an agricultural economics degree, before embarking on a 40-year career in the farm credit industry.  Ray lived in Illinois, Minnesota, Washington State, Utah, Arizona and Texas before he and Jackie retired in American Falls in the early 2000s.

Memories and condolences may be shared at www.davisrosemortuary.com.

To order memorial trees or send flowers to the family in memory of Ray Willard Fiscus, please visit our flower store.