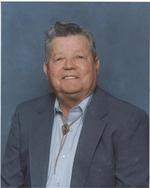 Ray spent his early years working with his family milking among the many chores that a rural upbringing required, Ray along with his younger brother Keith, would milk cows then deliver 24 quarts of milk in a hand drawn wagon to the Club Café, a diner operated by their father. Tending to the cows, and delivering milk built a lifelong bond between Ray and Keith.

Dad attended school in Aberdeen until he traveled with his father to work in the lumber industry in Washington State.

While in Washington Ray made the choice to join the United States Army, and defend the country he loved in World War II going on in Europe. On April 27, 1944 Dad was assigned to the Army Special Services in Germany and France. On June 18, 1946, Private First Class Ray Snow was honorably discharged and returned to Fort Douglas, UT.

In the early 1950’s our father went to work for the Union Pacific Railroad first as a Carman in Lima, MT, then at “Flaming Torch” in the Pocatello, ID, yard. Ray would eventually be promoted to Foreman of The Steel Car Shop. He retired from the position in 1987.

While working at the railroad Dad and Mom purchased a farm on Fairview Lane. Ray worked with his wife, children, and brother Keith growing hay, wheat, and sugar beets.

After his retirement from the railroad Ray and Lorraine ended their marriage and Ray relocated to St. George, UT, where he spent the rest of his days with his constant companion Claudia Jorgenson.

He was passionate about the railroads and farming, but when not working Ray loved to hunt, fish, and make beautiful jewelry from the rocks that he collected and polished. Dad was a lifelong basketball fan, later in life Ray changed his affiliation from the Boston Celtics to the Utah Jazz and followed The Jazz avidly.

Ray is preceded in death by his parents, eight sisters, four brothers, and son; Keven.

Viewing will be from 9:30 to 10:45 a.m. with the funeral service at 11 a.m. on Monday, Oct. 15, at The Church of Jesus Christ of Latter-day Saints first ward building at 149 W. Central Avenue in Aberdeen, military services and burial to follow at the Aberdeen Cemetery.

To order memorial trees or send flowers to the family in memory of Ray Snow, please visit our flower store.