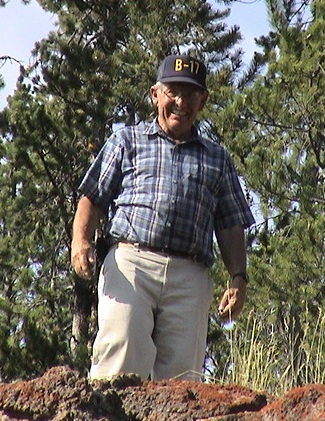 Ray is survived by his Mother Hazel Westfall-Harrison, his wife Winona and their children Blake (Nancy), Christy, Karen and Lane (Maryann) along with many grandchildren and great-grandchildren.

Graveside Services will be held Saturday, August 25th at the Aberdeen Cemetery in Aberdeen, Idaho at 3:00pm.

Ray was born on June 11, 1934 in Aberdeen, Idaho to Hazel Westfall and Raymond “Westy” Westfall. He and Winona were high school sweethearts and were married for 64 years.

Ray attended the University of Idaho (Moscow) where he was on both the boxing and rodeo teams. He transferred to Idaho State University (Pocatello) where he received his Airframe & Powerplant License along with a pilot license. Ray worked as an aircraft mechanic for over 40 years, retiring from Delta Airlines in Atlanta, Georgia in the year 2000 and was a certified FAA inspector. Upon retirement, Ray and Winona moved back to Idaho and settled in Moore.

Ray and Winona were active members of the LDS church and he served in many roles including Bishop, High Council and was the recipient of the scouting Woodbadge award. They served a temple mission at the Idaho Falls temple.

We know that the reunion with his Heavenly Father was as sweet as they get. No doubt being welcomed with the proclamation: “This is my beloved child with whom I am well pleased.” Ray truly exemplified a Christ-like life. He loved deeply and without hesitation. His kind heart and generosity touched every person he came in contact with, and was the source of many laughs along the way. He walked in Christ’s footsteps till the very end, renewing his temple recommend in his final days on earth. He has changed so many lives for the better and will be sorely missed.

To order memorial trees or send flowers to the family in memory of Ray LaVar Westfall, please visit our flower store.