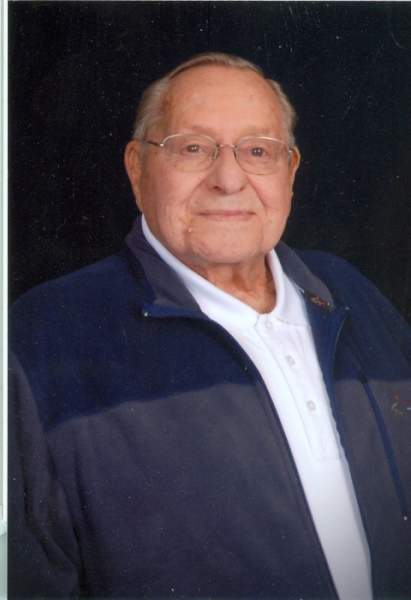 Raymond Lee Henery, 88, passed away at Power County Hospital on February 18, 2021 surrounded by his family.

Ray was born October 8, 1932 in Pocatello, Idaho to George Lee and Mildred Burkey Henery.  He attended school in Pocatello and graduated from Pocatello High School.  Since childhood, he always embraced the opportunity to quickly learn from others and achieve goals that he had set his mind to.  Ray achieved the Eagle Scout rank six days before his fourteenth birthday.

Ray enlisted in the Navy in January of 1951 and served aboard the USS Taluga during the Koran Conflict. Ray married his high school sweetheart Marlene Carney, on April 14, 1951.  They would have celebrated their 70th Wedding Anniversary in two months.

Ray served our country and received an honorable discharge from the Navy in 1955, he attended Idaho State for two years.  Ray was employed at Gate City Steel as a Welding Foreman and in 1960 went to work for Massey Ferguson Farm Equipment as a Store Manager.  Because of Ray’s love for sports and fishing, in 1969 he moved his family to American Falls and opened Ray’s Sport Center.  In 1979 he had the opportunity to go to work for Lamb Weston as a Field Representative contracting potatoes with local farmers for processing, retiring in 1993.

Ray served as President of the American Falls Lions Club and a loyal member of the Chamber of Commerce and the American Falls Mason Lodge #58 AF & AM.  Ray was also a President of the Southeast Idaho Shrine Club and for many years, he served as an Ambassador for the El Korah Shrine and a member of the Royal Order of Jesters of both Idaho & Montana.  He sponsored many children to the Salt Lake City Children’s Shrine Hospital.  At the time of his death, he was the Power County Veterans Service Officer.

Ray’s hobbies included fishing, hunting, and golfing.  For many years Ray & Marlene enjoyed traveling throughout the United States, Canada, Alaska, and Mexico in their motorhome.

He was preceded in death by his parents George and Mildred Henery; two brothers, Ralph A. Henery and John Douglas Henery.

The visitation will be on Saturday, February 27, 2021 at 10:15 a.m. at St John’s Lutheran Church in American Falls, with the funeral service at 11:00 a.m.  Interment will be at a later date at the Veteran’s Cemetery in Blackfoot, Idaho.  In lieu of flowers, the family requests donations to the Idaho Food Bank, 555 S. First Ave., Pocatello, Idaho 83201, phone (208) 233-8811, idahofoodbank.org/donate. Please visit DavisRoseMortuary.com to share condolences and memories or to view the funeral service live online.

To order memorial trees or send flowers to the family in memory of Raymond Lee Henery, please visit our flower store.