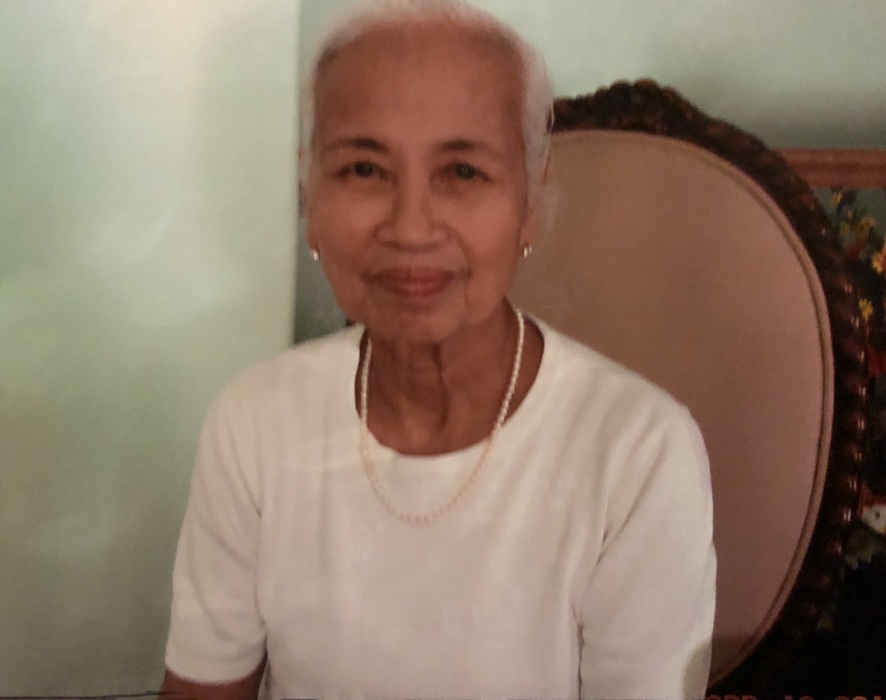 Remedios Hilario Duenas, age 87 of American Falls, Idaho passed away peacefully on November 3, 2019 in the home and tender-loving care of her family.  She was born on April 15, 1932 in Tarlac, Philippines.  She was married to Pepito Duenas (whom she survived) until December 15, 1978.  She lived in Tarlac until 1984 before coming to the United States to live with her daughter and son-in-law in American Falls, Idaho where she has resided until her passing.

She survived her husband, Pepito Duenas, one son-in-law (Eugene Campbell) and one daughter-in-law (Luz Duenas).  She is survived by her children: Pepito (Jr.) Duenas, Rebecca Campbell, Lisa Fuller, Arnel Duenas (Rose Duenas), Roselia Torres (Santiago Torres), Lauro Duenas, Zheny Cutchon (Nestor Cutchon), Edgar Duenas.  She is survived by many grandchildren and great-grandchildren who reside both in the Philippines and in the United States.

Remedios will be remembered for many things.  She embraced the role of mother, grandmother, and great-grandmother well until her final breath.  She loved her family fiercely and often provided support to those whom she loved in many ways.  She was dedicated to ensuring the “better life” for her family and did everything within her means to accomplish that.

Her smile and laugh were contagious.  She would often post herself next to friends or newcomers at family gatherings, offering them more servings.  She was hospitable and gracious.  She was a friend to all she met; everyone was comfortable being around ‘Grandma’.  She became everyone’s grandma.  She loved staying busy and active.  Every summer was spent with long hours of gardening and going for long walks.

She will also be remembered for her impressive work-ethic.  She retired from J.R. Simplot after ten years of service.  Afterwards, she worked with Driscoll Potatoes for 15 years; she loved working and staying busy.  Her life was fraught with hardship; she survived the WWII Pacific invasion as a child. The numerous life experiences she experienced brought on the courage and resiliency she would continue to exhibit throughout her life.

Remedios, in her later years became an active member of the Church of Jesus Christ of Latter-Day Saints.  She was later sealed to her beloved spouse who preceded her in death, in the Idaho Falls Temple.  She loved to read her scriptures, often asking her grandchildren to help learn new English words.  She was determined to learn.  She was an inspiration to all who knew her, and we all loved her.

Remedios’ viewing will be held at The Church of Jesus Christ of Latter-day Saints, American Falls Stake Center on November 8, 2019 at 3pm.  The funeral service will follow at 4:00 pm.  Condolences and memories may be shared at www.davisrosemortuary.com.

To order memorial trees or send flowers to the family in memory of Remedios Hilario Duenas, please visit our flower store.