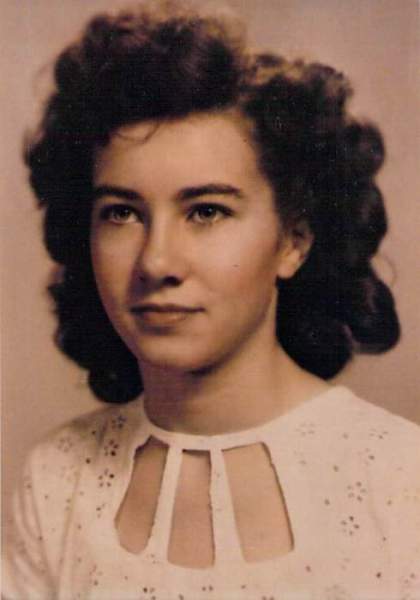 Renee Ferguson Miller finished her journey here on earth Friday, April 24, 2020 at her home.  She was surrounded by her children.

Renee was born April 21, 1935 to Richard Douglas and Alice (Jones) Ferguson.  Renee was 85 at her passing.  She grew up in Aberdeen and went to school there.  Renee married Floyd John Miller on September 24, 1951.  They had 5 children, Richard, Leeanna (Philomath, OR), Deb and Vincent (American Falls) and Lisa (Pocatello).  Renee and Floyd lived in Aberdeen until 1997, when they moved to American Falls.

Renee worked for Thed Wren, Idaho Potato Growers and Lamb Weston.  She followed her father’s footsteps and became an inspector for the USDA for about 35 years.

Renee loved sewing and made clothing for her family through the years.  Renee loved bowling and enjoyed teaching children the sport of bowling.  She took up golfing with her father, Doug and later her husband Floyd.  Renee’s greatest joy was her family and looked forward to each gathering that brought them all together.

Renee is preceded in death by her husband, Floyd Miller; her son Richard, her parents, Doug and Alice Ferguson, a great grandson and numerous nieces and nephews.

She is survived by her sisters and brother, Marilyn Permann, Farrell Ferguson and Janiel Nickerson, her children Leeanna (Gordon) Nielson, Deb Miller, Vincent Miller, and Lisa (Jim)Workman, 15 grandchildren, 37 great grandchildren with one more arriving soon, and a great great granddaughter due in June.

To order memorial trees or send flowers to the family in memory of Renee Miller, please visit our flower store.