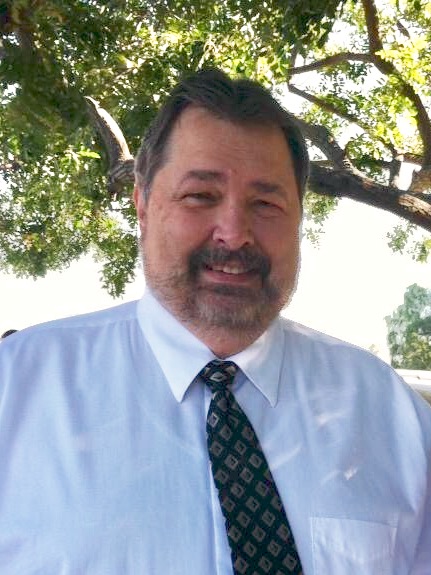 Rick Krumenacker, a former teacher/coach and life-long resident of Blackfoot, ID, passed away unexpectedly on February 7, 2018, at the age of 64.

Rick was born in Trona, California on July 18, 1953 to Edward Krumenacker and Wilma Reece Krumenacker. When 3, his family moved to Idaho. He has six siblings including Larry Ellingson, Robert Krumenacker (Micki Krumenacker), Brenda Williams (deceased) (Kenneth Williams), Cindy Krumenacker, Melody Chadwick (Lee Chadwick), and Merri Nielsen (Jerry Nielsen). He started his higher education at Ricks College, where he met and married Joyce Hare in September 1973, graduating with an associate’s degree in May 1974. He had a brief stint in the Marines, stationed at Quantico Base, and then returned and finished his Bachelor of Education, at Brigham Young University in 1979. Rick and Joyce divorced in 1980 and he remarried his soul mate, and fellow MVMS teacher, Shauna West in July 1980. Together they had one child, Alisha Krumenacker Tomita. He earned his Masters in PE, Athletics Administration from Idaho State University, July 1982. Although finished with his formal education, he was a lifelong student of history.

Rick was a devoted father and avid educator. He taught in Blackfoot SD for 18 years as well as coached football, track, basketball and wrestling. He was devoted to his family, religion, history, Elvis, football and BYU. He was a spiritual man who loved his Savior and enjoyed teaching in the various auxiliaries of the LDS church. He was happy to serve in the Idaho Falls temple on Thursdays. He had a booming voice, but his stern demeanor was often betrayed by the twinkle in his eye. He will be deeply missed.

A viewing will be scheduled for 10 am, and funeral service at 11:00 am on Saturday, February 17 at the LDS Church at 650 Pocatello Ave., American Falls, Idaho. Bishop Anderson of the American Falls 4th Ward will officiate.  Condolences & memories may be shared at www.davisrosemortuary.com.

To order memorial trees or send flowers to the family in memory of Richard Lynn Krumenacker, please visit our flower store.
Send a Sympathy Card