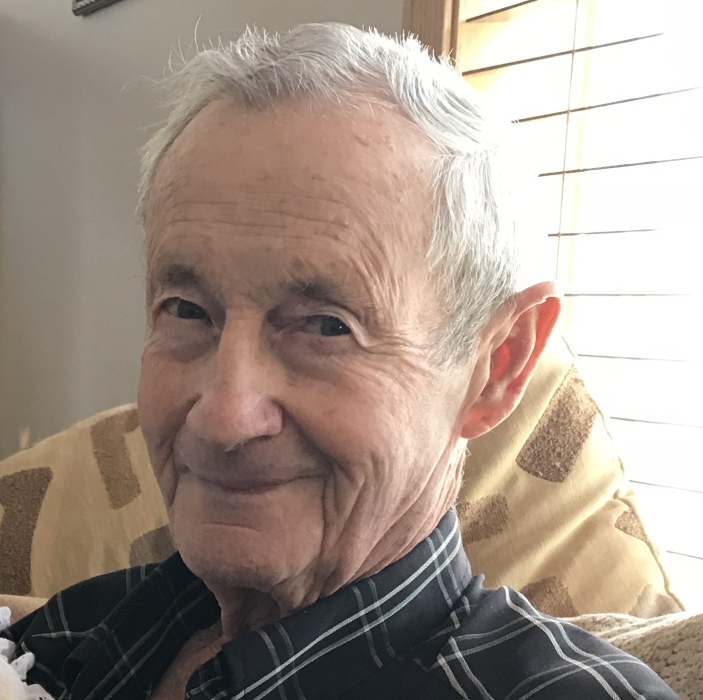 Richard Kenneth Kugler, 85, of American Falls, passed away June 20, 2018 peaceful at home with his children by his side.  Richard was born in Bonners Ferry on May 27, 1933 and moved to American Falls when he was four years old when his father took a job with Idaho Power.  He lived down by the power plant where he and his three brothers played like boys were meant to play.   They moved up into town moving next door to a young pretty girl who he courted at a very young age.

After high school Richard obtained a Bachelor’s degree in Education and returned to marry that same girl, Erna Ludeen Locy, on June 19, 1955.  They brought three children into their family, Kenton Richard, Kraig Steven, and Kristin Leiane.   Richard started his career as a math teacher in Jerome along with teaching he coached football and basketball.  He then moved to Bancroft where he continued to teach and coach taking a basketball team to the state championships, which he continued to talk about the rest of his life.  Those young men remained very special to him.

Richard obtained his Master’s in Public Administration and started his administration career in McCall, Id.  He enjoyed skiing and golfing in McCall with his family and continued vacationing there for many years later after he moved back to American Falls in 1970 to raise his family and further built his career as a Principal. Richard became the Superintendent of Schools in American Falls for several years before moving back to Jerome concluding his work life as the Superintendent.

Richard and his wife Ludeen both retired in 1990 and moved back to American Falls.  They both spent many years golfing and traveling with their family.  They wintered in Arizona City enjoying the warm weather and new friends.  Richard lost his wife in 2012 and has been living independently and proudly until he joined Ludeen as one, once again.

Memorial services will be held 3:00 PM Saturday, July 7, 2018 at Falls View Cemetery.  In lieu of flowers, please send donations on behalf of Richard to the American Cancer Society.

Memories and condolences may be shared at www.davisrosemortuary.com

To order memorial trees or send flowers to the family in memory of Richard Kenneth Kugler, please visit our flower store.