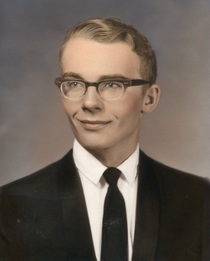 Richard Floyd Miller 65, passed away December 10, 2016.  Richard loved every one of his family and friends like they were family. He worked for the Idaho Transportation Department for 12 years.  When he met the love of his life Judy Jones Fletcher in 2008 his life changed for the better.  They were married on May 9, 2009.  In 2011 he retired and started living the life of his dreams; being a cattle rancher.  He was the happiest when he was out riding his horse among his cows.  Branding time was a special occasion to him.   He always tried to get lots of his family and friends to help.  His best friend Greg Barkdull was always there to help.  They both depended on each other.
He will be missed by us all.  He is survived by his parents, Floyd & Renee Miller, American Falls, Siblings, Leeanna (Gordon) Nielson, Philomath, Oregon, Debbie Miller, Logan, Utah, Vincent Miller, American Falls, Lisa (Jim) Workman, Pocatello, Son, Ryan Richard Miller, American Falls, Wife, Judy Miller, American Falls, many aunts, uncles, nieces, nephews, great nieces and nephews; a step daughter Melissa Brown, (Richard), Watford City, North Dakota, 3 step grandchildren, Tiffany, Dustin & Dunika Brown all from Waterford City, North Dakota.
The funeral service will be at 11:00 AM Wednesday, December 14, 2016 at St. Johnâ€™s Lutheran Church, 656 Tyhee Av. American Falls.  A Viewing will be from 6-8PM Tuesday December 13, at Davis-Rose Mortuary and from 10-10:45 AM in the Fireside Room at the church prior to the Funeral.
To order memorial trees or send flowers to the family in memory of Richard Floyd Miller, please visit our flower store.
Send a Sympathy Card