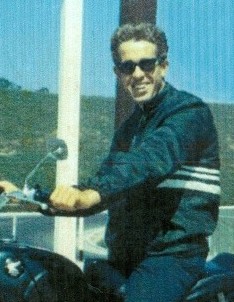 He grew up on the family farm/ranch lower Rockland Valley with his six brothers and sisters.  His childhood was spent riding horses, hunting, and helping with farm work. He attended schools in American Falls, graduating from American Falls High School in 1960.  Bob took auto mechanic training at Idaho State University.

In the early 60’s he moved to California.  In the coming years he worked for an ambulance service, Anchor Hocking, and then many years, Kaiser Aluminum.

Bob returned to Idaho to help out at the ranch after his father suffered a heart attack.  During that time he built up a custom haying business.

In the late 80’s he returned to California where he began working construction.  Bob retired in 2009 from the Operating/Mechanical Engineers and came back to Idaho again.  After his return to Idaho he kept busy working for Tiede Farms up until a few months before his death.  His last years were spent with his close life companion Chris O’Harra….

He was preceded in death by his mother and father, two brothers-in-laws, John Kildew and Dave Spiker.

To order memorial trees or send flowers to the family in memory of Robert "Bob" Roper, please visit our flower store.