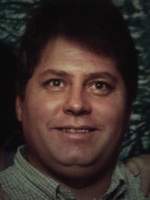 Robert Earnest Carlson, 49, of Pocatello, passed on to join with his mother in paradise Sunday, April 14, 2013, in Pocatello, Idaho.

Robert was born in Blackfoot, Idaho on April 9, 1964 to Elna Lavern and Jerry Edward Carlson. He is survived by his beautiful daughter, Lisa Marie and his three young sons, Nathon, Alec and Tyler. He is also survived by his sister Roseanne Palpa and his brother, Rick Carlson as well as many other loving family and friends. Robert was preceded in death by his mother and father, Elna Lavern and Jerry Edward Carlson.

Robert was privileged to be raised in the Springfield and Grandview countryside. There he grew to love the beautiful surroundings and the simple life and culture of the people who loved him. He graduated from Aberdeen High School in 1983. Bob was a true blue American who deeply loved his country and served in the military.

Robert loved living in Pocatello and the beautiful mountains. He enjoyed fishing, beautiful drives and camping, but he mostly enjoyed fun times with friends and family. Everyone who knew Bob knew how much he enjoyed karaoke.  He was passionate about music and animals, and he was a friend to everyone he met.

The funeral service will be at 11:00 a.m. Wednesday, April 17, 2013 at The Church of Jesus Christ of Latter Day Stake Center, American Falls 2nd Ward, 111 Church Pl., American Falls.  The visitation will be from 9:45-10:45 am before the funeral at the church.  Interment will be at the Valley View Cemetery in Rockland, Idaho.  Condolences and memories may be shared at www.davisrosemortuary.com.

To order memorial trees or send flowers to the family in memory of Robert Earnest Carlson, please visit our flower store.