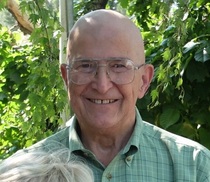 Sterling Robert â€œBobâ€ Schow died peacefully in his sleep on May 14, 2016 at the age of 74. He was born in Logan, Utah to Beth and Sterling Schow on August 14, 1941. He is predeceased by his parents and one son, Nathan. He is survived by his beloved wife, Judy; their surviving children, Eric and wife Kristine of Great Falls, Montana and Kimberly Cox and husband, John, of Seal Beach, California; grandson, Sterling, of Great Falls, Montana; and siblings, Kaye Saling and husband Chuck and Stan Schow and wife Brenda. An Eagle Scout, Bob spent 20 years in the military (Army) where he received his training in oral and maxillofacial surgery as well as helped to train the next generation of oral surgeons. After retiring from the military with the rank of Colonel, Bob continued training residents in his specialty at Baylor College of Dentistry in Dallas, TX for 30 years until his death. Bob would want to be most remembered for the love of his work, his residents, and the positive impact he had on their lives. A memorial service will be held on Saturday, May 21, 2016 at 10:00 a.m. at Sparkman-Hillcrest Northwest Highway Chapel. A reception will follow the service in the L. N. â€œBillâ€ Sparkman Family Lounge. A grave-side service will be held in American Falls, Idaho on June 4, 2016 at 3 p.m. Memorial contributions may be made in Dr. Schowâ€™s name to the Baylor Oral Health Foundation, 3600 Gaston Ave, #1151, Dallas, TX 75246.
To order memorial trees or send flowers to the family in memory of Robert Schow, please visit our flower store.
Send a Sympathy Card