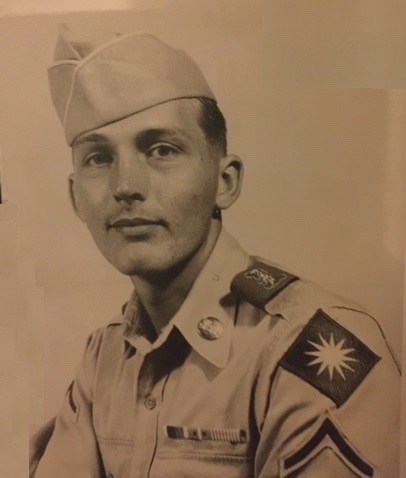 Roland Lloyd Barnard, age 87, of Rockland, Idaho passed away Monday, January 28, 2019 at home with his loving wife by his side.  Roland was born November 21, 1931 in American Falls, Idaho to Lloyd and Clarice Barnard.

Roland attended school in Rockland before graduating in 1949.  He enjoyed playing basketball and football during that time.  He joined the Army and served as a combat engineer during the Korean War.  After his military discharge in 1953, he went back home to Rockland to farm with his father.  Roland left farming and worked a variety of other jobs, including the County.  He bought his first Semi truck and found his love for the road.  He drove for Mert Carney, Justin Corbridge and others for many years before retiring in 2001. To keep himself busy, he worked on the farm once again with some of the local farmers.

Roland married Janet Christiansen in 1959 and had two sons, Christopher Lloyd and Craig Ellis Barnard.  In 1974, he married the love of his life, Sandra Jean Barnard and together they enjoyed raising their children, Todd Permann and Andrea Jean Curry.

Roland always had a love for farming and trucking, but he also enjoyed years of golfing, snowmobiling, pheasant hunting with his longtime friend Curt Coman, bowling and playing cards with their couple friends.

Roland’s family would like to extend their gratitude the wonderful staff of Encompass Home Health Hospice.  Particularly Tia, Tenille, Steve, Annique and Velana.

To order memorial trees or send flowers to the family in memory of Roland Lloyd Barnard, please visit our flower store.
Send a Sympathy Card