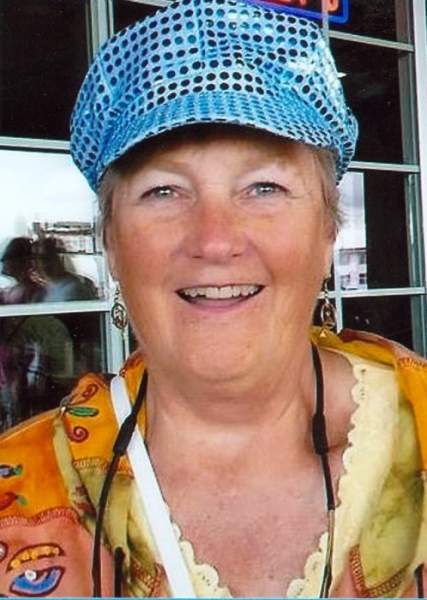 Rose Ann Funk passed away on December 13, 2017 after battling Myelodysplastic syndrome.
She was born February 19, 1942 in American Falls ID to Fred and Leah Perman Deeg. Rose lived on the family farm in Rockland and American Falls where she graduated from American Falls High School in 1960. She received a Bachelor of Arts degree in Education from Idaho State University in 1964 and was proud of being the first of her immigrant parents and family to graduate from college.
She married Lawrence L. Funk on November 25, 1965. Rose and Lawrence farmed in Pleasant Valley for several years. Due to a farm accident when Lawrence lost his leg, they began a trucking and soil tillage business. It was during this time that Rose began working for the Ewing/Sheard insurance agency. In 1985, she purchased the agency and became an independent business owner. Rose operated the agency until her retirement in 2007 when she and Lawrence became “Full Timers” living in their motorhome, traveling and meeting people from all over.
Rose loved to sing and was a member of the American Falls Sharps and sang in the church trio and choir. She was the secretary and treasurer of County Side Estates; Vice President of the Power County Senior Citizens; President of the Happy Samers Club and a regular volunteer at Hillcrest Elementary School.
Her hobbies included boating, snowmobiling, jet skiing, golf, knitting, Swedish weaving, crocheting and playing cards.
Rose was preceded in death by her parents, husband Lawrence, Sisters Esther Deeg Kopp and Helen Deeg Tiede and brother Otto Deeg.
Rose is survived by her son Kevin Funk (Nadine), step daughters Tanya and Kim, 13 grandchildren and 3 great grandchildren.
Rose is also survived by several nieces and nephews, grand and great grand nieces and nephews to whom she was more than an aunt, she was a beloved “mother, sister and friend.” She was their example of patience, perseverance and faith.
We will all be less at her loss and much more for her life. Blessed be the memory of Rose Ann Funk
The funeral service will be held 11:00 Tuesday December 19, 2017 at St. John’s Lutheran Church, 656 Tyhee in American Falls with a viewing held one hour before the service at 10:00 AM at the church.
In lieu of flowers, memorials may be sent to the Power County Senior Citizens. 180 Idaho St American Falls ID 83211.

To order memorial trees or send flowers to the family in memory of Rose Ann Funk, please visit our flower store.