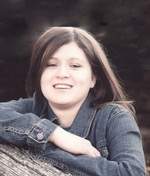 Shaylene Lee Reaves passed away on March 22, 2013 from injuries due to a car accident.

Shaylene and her twin sister Kaylene were born on June 29, 1989 in Pocatello, Idaho to Martin and Dianne Reaves.  She was the eighth of nine children.

Shaylene grew up in Rockland, Idaho and graduated from Rockland High School in 2007.  After High School, she attended the LDS business college in Salt Lake City, Utah.  She was attending ISU to become a preschool teacher.  Shaylene was working at the Tater Tots Daycare center in American Falls.  She was loved by her co-workers and especially by the children that she cared for.

Shaylene was a lifetime member of the Church of Jesus Christ of Latter Day Saints and was devoted to the service that she gave in her various callings.

There will be a viewing at the Rose Davis Mortuary on Tuesday evening March 26, 2013 from 5:30 – 7:00.  Shaylene’s service will be held at the Church of Jesus Christ of Latter Day Saints in Rockland, Idaho on Wednesday March 27, 2013 at 12:00.  There will also be a viewing before the service starting at 10:45-11:45 before the funeral.  Interment will be at the Rockland Valley View Cemetery.

To order memorial trees or send flowers to the family in memory of Shaylene Lee Reaves, please visit our flower store.