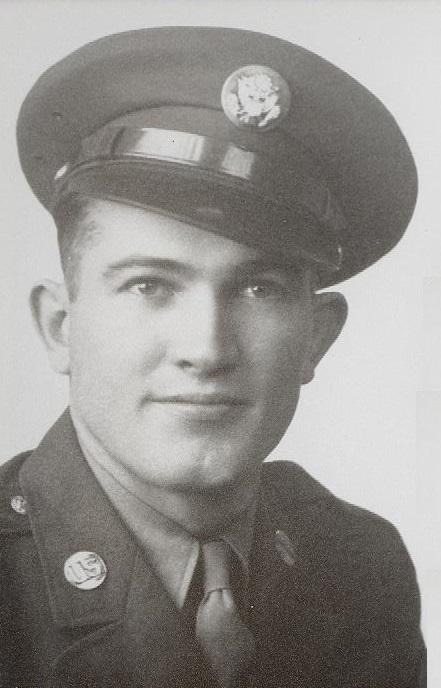 Sherman Nielsen Smith, 98, passed away at his home, in the early morning hours, Monday, August 3, 2020, due to natural causes.

He was born October 29, 1921 to John E. Smith and Anna Nielsen Smith in Sterling, Idaho.  He was the 9th child of 11 children.  He was raised in Sterling until 1929, when his family moved to Crescent, Utah.  He attended school until 9th grade. He had a love of farming and moved back to Sterling to live on the Smith farm with his brother, Elmer, in 1943.  There was always plenty of work to do, but he had a feeling within that there was something much more important for him to do.  America was at war with other foreign countries and they needed his help.  He decided to join the Army in 1944.  Being a soldier, he came to appreciate, even more, the freedom Americans enjoy.  His troop was sent to Manilla in the Philippines, Seoul Korea and an island called Cheju, where their assignment was to transport thousands of Japanese prisoners off the island and put them on a ship to an unknown destination.  He experienced being transferred to the Philippines on a small ship and was hit by a typhoon.

While serving in the Army he was on a boxing team, and won a couple of awards for his skill, which came to serve him well later in life.

He met the love of his life, Vesta Astle, at a dance in Wyoming.  They married on March 25,1947, and enjoyed dancing together throughout their marriage of 67 years.  They lived in Sterling, and raised three children.

There was always work to be done on the farm.  He would jump on his spirited horse and gallop out to the fields to water the crops, with a shovel tossed over his shoulder.  To sustain the family through the hard crop times, they started a dairy.  This meant there was not much time for vacation.

Some of his siblings would send their son(s) from the city, out to the farm, so he could teach them about hard work.  It must have worked because none of them returned for a second time.  There was always visits to the farm by the rest of his siblings, as they felt a welcome spirit, and “glad to see you” vibe.

Sherm was a member of The Church of Jesus Christ of Latter-day Saints, where he served in a variety of callings.  He and Vesta loved to serve in the temple.

When they retired, they traveled to various places, and celebrated their 50th wedding anniversary in Australia/New Zealand.  They loved to visit their children and grandchildren, wherever they happened to be.  They became winter visitors in Arizona for several years, but always enjoyed coming home.

He enjoyed being social and had various interests.  He was quite the trickster and had a ready smile and loved to bring a smile to others.

He was preceded in death by his parents, wife, and daughter, Lois.

A Military graveside service will be held at the Springfield-Sterling Cemetery at a later date.   Condolences and memories may be shared at www.daisrosemortuary.com.  The family would like to thank Symbii Home Health Care for all the love and compassion they showed at this time for Their father.

To order memorial trees or send flowers to the family in memory of Sherman N. Smith, please visit our flower store.
Send a Sympathy Card