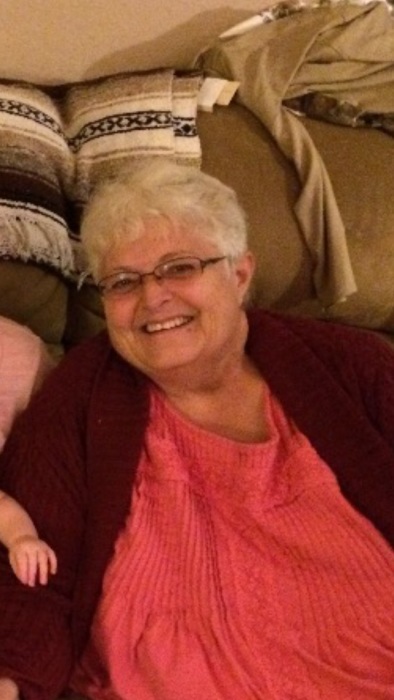 Sherry Beebe was called home by Jesus on October 16, 2017 after a long and brave battle with cancer. Sherry was born in Pocatello on July 19, 1951 to Bob (Robert) and Dorothy Buzzard. Sherry met her soul-mate, Conley Beebe in 1967 and they were married June 6, 1969. Their marriage was blessed with four beautiful daughters: Robi Jo (Kelly) Colton, Toni (Trever) Cantrell, Heidi (David) Winder, Marci Beebe (Taz Bright). Sherry was preceded in death by her brother Randy Buzzard, parents Bob (Robert) Buzzard and Dorothy Buzzard, and her grandsons Titus Cantrell, Cooper Grover and Tanner Cantrell.

Sherry was raised in Pocatello and lived the majority of her life in American Falls where she worked and raised her family. Sherry was always thinking of others and their needs even in her employment. She worked at Red Carpet and Personal Touch salons where she took care of her client’s beauty needs inside and out.  It was not uncommon to see Sherry with her clients late into the night and she would even provide transportation and in-home services.

Sherry made many lifelong friendships through her Laureate Omega sorority sisters. She was active in sorority for over 30 years where it bought her great joy to serve the community alongside her sisters.

She was an amazing wife, mother, grandmother, sister and aunt. She had 11 grandchildren, 4 great-grandchildren as well as many nieces and nephews that lit up her life. Sherry was the family matriarch as well as the life of the party; she loved and laughed equally. She was known for her ability to gamble with the best of them and could out shop anyone willing to take the challenge.

Sherry and her husband Conley were a couple to be admired. They kept their love for Jesus first which gave them a rare love that is only seen in fairy tales. Theirs is a love that will last forever and will live on through the beautiful family they created.

The visitation will be on Wednesday, October 18th, from 6:00-7:30 p.m. at Davis-Rose Mortuary, 170 Idaho Street in American Falls. Services will be held on Thursday, October 19th at St. John’s Lutheran Church, 656 Tyhee Ave, American Falls, with a viewing at 10a.m. and service at 11a.m. Interment will follow at Falls View Cemetery, followed by a reception at St. John’s Lutheran Church. Condolences and memories may be shared at www.davisrosemortuary.com. Should friends desire, contributions in lieu of flowers can be made at Advantage Plus Federal Credit Union in Sherry’s name.

To order memorial trees or send flowers to the family in memory of Sherry Lynn Beebe, please visit our flower store.
Send a Sympathy Card