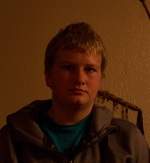 Spencer J. Nilsson, of Sterling, Idaho returned to his Heavenly Father August 25, 2012.  Spencer was born on August 28, 1998 to his parents Ron and Yolanda Nilsson.  Spencer is the little brother to Lacie, Trevor, Riley and Suzanne.  During his stay on this earth Spencer had many talents.  He enjoyed snowboarding, hunting and riding his motorcycle.  He also enjoyed playing his guitar and was very proud when he could play the song “Smoke On Water” by Deep Purple which was taught to him by his father.  Spencer loved music.  He was a band member at Aberdeen Middle school where he played the drums.  Spencer was also an active member of the Lakeview Boy Scouts taking part in pinewood derby, hiking and camping.

Spencer loved his family and friends very much.  Spencer is survived by his parents Ron and Yolanda Nilsson, three sisters Lacie (Martin) Sorenson, Riley (Chase Duncan), Suzanne (Tony) Wilson, one brother Trevor (Kendra Foster) and his niece and nephew Kayden and Kassidee.  His grandparents Elgin and Barbara Simonson and Jim Nilsson.  Spencer is also survived by many aunts and uncles, cousins and friends.

Meeting Spencer in Heaven with open arms is Grandma Earline Nilsson, Great Grandpa Earl Anderson, uncles Tyler Simonson, Kenneth Vollmer, Gary Mcintosh, Indio Martinez, and many more.  Although, Spencer’s talents that he gave us here on earth will be greatly missed they are now bigger than ever as he plays in the choir of the Lord and his realm of angels, he will be looking over and protecting his family he loved so much.

Spencer you left much too soon, you will be dearly missed by everyone who was a part of your life.  Our love for you will remain in our hearts forever.

The viewing times will be Wednesday, August 29, 2012 from 6-8 pm, and Thursday morning from 9:45 to 10:45a.m.  at The Church of Jesus Christ of Latter-day Saints, Lakeview Ward, Springfield, Idaho.  The funeral service will be at 11:00 a.m. Thursday August 30, 2012 at the church.  Interment will follow at the Springfield-Sterling Cemetery.

To order memorial trees or send flowers to the family in memory of Spencer Jade Nilsson, please visit our flower store.