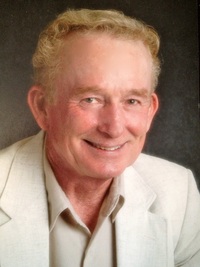 Stan R. Kress passed away in his sleep July 7, 2013.  He was living at his daughter Maria’s house under the care of hospice.  Stan was born Oct. 25, 1943 in American Falls, ID to Raymond Virgil Kress and Fawn Ida Bean Kress.  Stan was the second of four brothers (Ron, Stan, Mike, and Randy) and grew up on the family farm in Rockland.  Farm life instilled in him an exemplary work ethic and a love for horses and the great outdoors.  After first grade, Stan attended school in American Falls.  Chasing after the footsteps of his older brother Ron, Stan excelled in academics and sports; he was captain of the basketball team, quarterback of the football team, and a 4-year member of the “A Club”.  Stan was the Boys’ state attendee, member of the student council, senior class representative, and a National Merit Scholar.

In 1962 Stan married Carolyn F. Roberts.  Stan finished his associate degree at Ricks College and Stan and Carolyn moved to Provo Utah.  In 1965 their daughter Maria was born and Stan graduated from BYU.  He began his career in education teaching history and geography classes in Spanish Fork Utah.  In 1966 they moved to Firth where Stan was a counselor, history and government teacher as well as a basketball coach.  That same year Stan and Carolyn welcomed son Robert James to their home. That fall Stan coached his Firth Cougars against his brother Ron’s team in Shelley.  It is rumored that their mother Fawn cheered loudly for Ron’s team.  (Dad’s file cabinets still had his Firth Cougar basketball workout guidelines.)

From 1967 – 1969 Stan was the Guidance Counselor and basketball coach in Soda Springs.  In 1967 their Son David Raymond was born.   In 1969 Stan received his Masters in Counseling and Guidance from BYU and his Master of Education from Idaho State University.

At the age of 25, Stan became the state of Idaho’s youngest superintendent of schools in Dubois; Clark County; 1969 – 1971.  Stan worked to pass a levy and build a new elementary school in Dubois.  In the summer of 1970 son Mark Stanley was born.

1971- 1978 Stan returned to Firth as superintendent of Schools.  He helped to build a new high school and served as President of the Region VI superintendents Association.

Stan served as the District 27 State Senator from 1974 – 1976.  He ran for Congress in 1976 and 1978.  He was an unknown baby-faced democrat who nearly dethroned the incumbent juggernaut.

From 1979- 1995 Stan served in the Governor’s cabinet as the Director of Social Security Disability Determinations.  He received national recognition and awards for his leadership and innovations.

To order memorial trees or send flowers to the family in memory of Stan R. Kress, please visit our flower store.