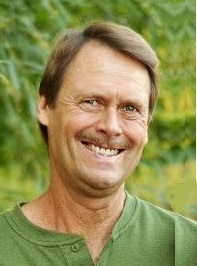 Steve was born in Pocatello, Idaho on July 3, 1956 to Marvin and Norma Wheeler; he was the third of 6 children.  He attended elementary through high school in the Aberdeen School District, graduating in 1974.  He graduated with a BS Degree in Entomology from the University of Idaho, Moscow, Idaho in 1981.

He married Ronda Cluff in 1980, and following his college graduation, the couple made their home in Aberdeen, Idaho.  They had three children, two daughters and a son.

Steven worked for the University of Idaho Research and Extension Center in Aberdeen, Idaho for many years before transferring to the USDA-ARS Potato Breeding Project at the Aberdeen Research Site.

Steve was an active outdoorsman; he enjoyed camping, hunting and fishing.  He spent many hours with his dad, friends and children, actively pursuing these interests.  He was an avid runner for most of his life, and enjoyed participating in local races.  He was devoted to the sport and could be seen running no matter the weather.          He loved watching his children play sports.  He travelled to all of their home and away games supporting not only his children, but the entire team.

He was a very kind and devoted husband, father, grandfather and friend and is missed by many.

Steven was preceded in death by: his parents, Marvin and Norma Wheeler.

Funeral services will be held at 11 am., Tuesday, March 25, 2014 at the First Mennonite Church, 381 W. Washington, Aberdeen, Idaho.  Interment will follow at the Aberdeen Cemetery.

To order memorial trees or send flowers to the family in memory of Steven Arthur Wheeler, please visit our flower store.