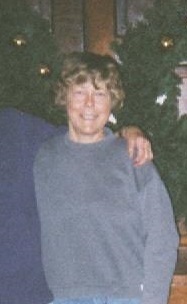 Suzanne Ruff, born January 24, 1945 in Enterprise Oregon, passed away Tuesday, April 5, 2016. She was the daughter of Walter R. and Zelma Agnes Kiel Mopps.

She attended grade school, first through fifth grades, in Enterprise, Oregon. Her family moved to Portland, Oregon while she was still in fifth grade. She attended Columbia school till seventh grade, Vernon school till eighth grade, and Jeffer High School ninth through twelfth grade. She graduated from high school in 1963 and started Multnomah Jr. College. She moved again to Lacey, Washington and entered St. Martinâ€™s College in Olympia, Washington her sophomore year and graduated in 1968. From 1968 until 1971 she team taught second grade at Lacey Elementary.

She married Marvin L. Ruff, an Idaho beet farmer from Aberdeen, Idaho on November 21, 1970. On June 13, 1971 she moved to Aberdeen with Marvin. She taught five years in the Aberdeen School District. Their son, Lee Mark ruff, was born August 28, 1976.

When Marvin died, Suzanne took over the farm business in April 1994. Lee Mark started college at Boise State University and the years pass by with Godâ€™s grace and faith. Jesus Christ was her Lord and Savior.  She loved living in Aberdeen.

She is survived by her son Lee Mark Ruff and his wife Shawn and their children. She was preceded in death by her parents, her husband Marvin and her sisters Sally and Beverly.

A Graveside Service will be held 2 PM Friday, April 8, 2016 at the Aberdeen Cemetery.

Condolences, memories, and photos may be shared at www.davisrosemortuary.com

To order memorial trees or send flowers to the family in memory of Suzanne Ruff, please visit our flower store.