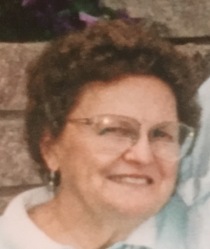 T. Alice (Harrell) Cox died December 11, 2016 at Edgewood Assisted Living Center in American Falls, Idaho. She was born December 19, 1924 in Bogalusa, Louisiana, the seventh child of Silas Eugene and Lena Azalee (Randall) Harrell. Alice married Wayne Perry Cox on January 9, 1943 in Woodville, Mississippi. Wayne was stationed at Camp Van Dorn, serving in the U.S. Army. Wayne returned from the European Front in 1945, making a home for them in American Falls and later in Rockland among their many friends and family.

Alice enjoyed a productive life. Some of her jobs included working at the Rockland School District, as a switch board operator (Ernestine style) for the May Telephone Company of Rockland and 25 years at Lamb Weston.

A family visitation and viewing will be held at Davis-Rose Mortuary, 170 Idaho St. in American Falls on Tuesday, December 20, 2016 from 9:30-10:30 AM. Funeral services will follow at 10:30 am. Burial will be at Valley View Cemetery in Rockland after the service. In lieu of flowers, donations can be made to Power County Senior Citizens' Center, 180 Idaho St., American Falls, Idaho 83211.  Condolences and memories may be shared at www.davisrosemortuary.com.

To order memorial trees or send flowers to the family in memory of T. Alice Cox, please visit our flower store.
Send a Sympathy Card