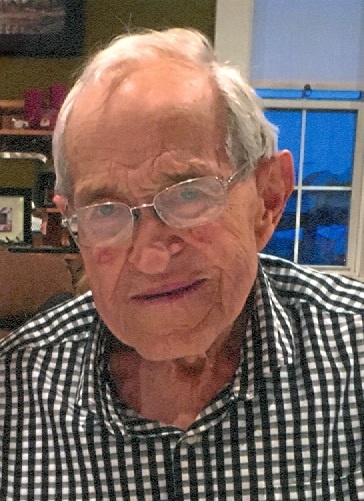 Timothy Edward Brown, 92, of Aberdeen, Idaho, departed to be “with Christ”, October 8, 2017, peacefully in his sleep surrounded by his family. Tim was born to Arthur and Alma Brown in Sierra Madre, CA on April 8, 1925. He grew up as the youngest child with 3 siblings; a sister Olive, a brother David and another sister Lois. He accepted the Lord Jesus Christ as his Savior at an early age realizing that all have sinned and come short of God’s glory and that Christ Jesus came into the world to save sinners.

Tim helped in the family business, “Brown’s Nursery” until his father’s health required a change of occupation.  While attending high school, at 17 years of age, he was drafted to serve in the armed forces during WWII. Landing on Utah Beach the day after D-Day, June 7, 1944, he experienced the gruesome realities of war, being a medic on the front lines in France and Germany.  At the close of the war, he was honorably discharged from active duty.  It was undoubtedly his faith in God and the prayers of a loving mother that carried him through the hardships and the many traumatic experiences he encountered.

Not long after returning home, Tim began a long-distance relationship with Edith Klassen of Aberdeen, ID, having met her at a Bible conference. They were married on August 12, 1947 and took up residence in Sierra Madre, CA where he worked as a landscaper. Two years later they moved to Aberdeen, ID where they have resided ever since and where they raised their family of four boys and two girls. After a number of years on the farm, Tim settled down to carpentry as an occupation.  Tim and Edie celebrated their 70th anniversary this last August.

Tim will be remembered most for his quiet, steady and self-denying life. He gave much of his time and used his carpentry to help his children, his grandchildren, and many others who were in need of a helping hand.

The funeral services will be at 2 PM Saturday, October 14, 2017 at the Aberdeen Middle School with Interment and Military Services at Homestead Cemetery.

Memorials may be sent to Bible Truth Publishers at www.bibletruthspublishers.com

To order memorial trees or send flowers to the family in memory of Timothy Edward Brown, please visit our flower store.