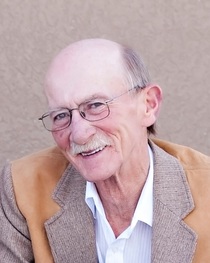 Timothy Hawkins Evans (Tim), 62, of American Falls, Idaho passed away due to complications of emphysema on February 4, 2016 surrounded by his immediate family.
Services will be held Monday, February 8, 2016 with viewing at 10am and funeral services at 11am at The Church of Jesus Christ of Latter-day Saints, Stake Center in American Falls Idaho (111 Church Pl, American Falls, Idaho 83211).  Graveside Dedication and Burial will follow after at Falls View Cemetery.  All are welcome to join back at the Stake Center after for fellowship and meal to share the great stories and memories we all have of Tim.
Tim was born August 26, 1953 to Edison Jones (EJ) Evans and Thelma Ann Hawkins Evans in Malad, Idaho.  He was the second of two sons born in Malad.   Early in Timâ€™s youth, the Evans family moved to Twin Falls, ID to lease and manage a gas station, and later multiple stations.  Tim and his brother Floyd were joined by sister, Julie, while living in Twin Falls.  Timâ€™s folks did well with these first gas station leases so Chevron offered them an opportunity to expand to American Falls and lease the Hillcrest Truck Stop.  Eventually they took this opportunity and moved Tim and the family to AF, where Tim remained until his passing.
Tim worked for his parents driving tow truck for Hillcrest in the early years.  He met Debbie Tiede (now Erickson) in high school, they married after school, and Tim went to work on Tiede Farms.  Tim and Debbie spent 13 years together and during this union they had a daughter, Stacey.  After parting ways Tim and Debbie did an outstanding job of cooperatively raising their daughter and working as a team throughout these years.  During these years Tim worked for the Chevrolet dealership as a mechanic and eventually landed at Christiansen Implement as the small engine/lawnmower mechanic where he spent the next 26 years.  Later, Tim remarried, Becky Evans whom he spent the next 8 years with.
All people who met Tim would attest to his incredible sense of humor, he freely shared his cheerful smile and had an endless supply of jokesâ€¦ some of them were even appropriate. He would give a person the shirt off his back, even if he had no shirt to give.
Tim also had his deep love for family.  It seems that there are an endless supply of hysterical stories of Timsâ€™ growing up from pushing Ed & Thelmaâ€™s buttons (and reaping the consequences) to tormenting his brother and sister.  He was very close to his daughter, Stacey, and spent many hours on the golf course enjoying time with his brother Floyd.  When the grandkids came, it may have been said that they were the reward for not killing his daughter (teen years areâ€¦ special).  Dubbed â€œPonkaâ€ from the start by Cash, Tim loved those boys and was loved so deeply by them from the very beginning.
Tim had many, many dear friends in his life.  His talents and interests were vast, and the pools of people who enjoyed him and called him friend were even larger.  Tim loved NHRA drag racing, and even after selling his 1967 Camaro â€œSuper Pro Classâ€ race car, he spent several years working at Drag City Raceway with his daughter and continuing to enjoy the sport and the great people.  Tim was also an avid guitarist.  He played in bands in high school and continued to play at home far into his adult life.  He was not trained to read music but was able to play by ear and enjoyed mastering songs such as â€œGhost Riders on the Skyâ€.  He was a talented mechanic, rarely meeting a challenge he could not repair.  He loved cars and was an absolute neat-freak about themâ€¦ some in the family may have intentionally visited with messy vehicles because we knew he could not stand it and would help us detail them better than any car dealership ever did.
Tim will be sorely missed, by his brother, sister, daughter & son-in-law, grandsons, friends, and all that met himâ€¦ He leaves a legacy of kindness, humor, love, fun, and pride in the man that he was.
I look forward to fellowship with all of your friends from all of the eras of your life to hear the great stories you have left for us to remember!  See you on the other side dad, save us a good seat!  I couldnâ€™t be more proud to be your daughter!  Stacey
Tim is survived by his brother, Floyd Evans of American Falls; sister, Julie Zissi of Stansbury Park, UT; daughter, Stacey (Flint) Raben of Mulino, OR; grandsons, Cash & Colter Raben; nephew, Nick (Michelle) Evans, Newton, UT; nephew, Chris (Stephanie) Evans, North Plains, OR; and niece, Stephanie (Gabe), Greenham, TX).  Tim also played a significant role in the lives of Tony Garcia, Eddie Garcia, Christy Garcia, Sissy-Ann Moran, and Dixie Moran.   Tim was preceded in death by his parents, Ed & Thelma Ann Evans, and nephew Tony Evans.

To order memorial trees or send flowers to the family in memory of Timothy Hawkins Evans, please visit our flower store.