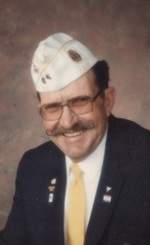 Walter “Vern” Inskeep 77, of Aberdeen, Idaho passed away Monday October 17, 2011.  He was a loving husband, father, and friend with a wonderful sense of humor that will be missed greatly.

Vern was born July 22nd 1934, in Blackfoot, Idaho to Walter and Esther Jensen Inskeep.  He was raised in the Pingree-Aberdeen area, where he attended school.

Vern joined the Army where he attended the Sixth Army Food School.  He served as a cook for the Army Officers in Fort Lewis, Washington.  On August 12th, 1955, he married Jean Jarrett. They were married for 10 years, had one son, Major, and were late divorced.  After his discharge he was a chef at the Gay 90’s restaurant and the Red Lion in the Washington area.  Vern later returned to Idaho and attended hydraulic school and worked for Tesco in Blackfoot.  He married Darlene Schritter Johns on August 17, 1979 and gained two more sons and two daughters.

He started his electrical career working for Wilson Nowels.  He established his own electrical business, Vern’s Electric Repair, in September 1984 and retired 9 years later in 1993.

Vern was a dedicated lifetime member of the American Legion Post 59.  He served as Commander of the Post and held the state office of Sergeant of Arms.  He received many honors and awards for his service.

Vern loved his cabin in Mackay where he and his family spent many memorable days camping and fishing.  He was a talented cook and baker.  Vern also loved to read, do woodworking, and work in his garden, of which was his pride and joy.  He especially enjoyed socializing with others.  He was famous for telling jokes.  Making people laugh brought great joy to his life.

The family would like to express their gratitude to the doctors, and staff at EIRMC for the wonderful care that Vern received.

The funeral service  will be at 11:30 a.m. Monday, October 24, 2011 at The Church of Jesus Christ of Latter-day Saints, 149 W. Central, Aberdeen Idaho.  The visitation will be Sunday, October 23, 2011 from 5:30 to 7:00 p.m. at Davis- Rose Mortuary, 170 Idaho Street, American Falls, Idaho and at the church an hour before the funeral.  Interment will be at Aberdeen Cemetery, Aberdeen Idaho.  Condolences and memories may be shared at www.davisrosemortuary.com.

To order memorial trees or send flowers to the family in memory of Vern Inskeep, please visit our flower store.