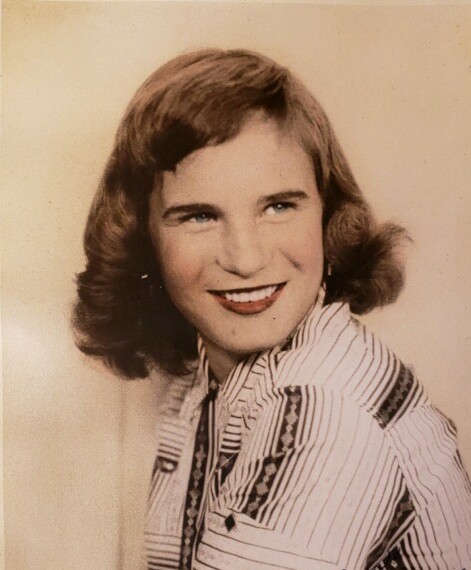 Verna Jean Cotant Elder was born June 20, 1941 to Edith and Delson Fish in American Falls, Idaho.  She passed away peacefully in her home on October 18, 2019 at the age of 78.
She was raised by Grace and Walter Rathka, her aunt and uncle, always enjoying the summers spent at the farm in Rockland.  She graduated from Rockland High School in 1959.
She married Lester Miller in 1959 and they had 4 children Cindy Licause, Barbara (Tracy) Hoadley, Walter (Marilee) Miller and Cathy (Travis) Kingsbury.
In 1976, she married Leslie Ray Elder, and they made their home in Aberdeen, and had their daughter Donna Elder.
She worked at Lamb Weston from 1975 to 2000 when she retired.
She enjoyed going to the family cabin in Roy, spending time with her many grandchildren, great grandchildren and great great grandchildren, as well as catching up with people on Facebook.
She is preceded in death by mother Edith Catt, father Delson Fish, aunt Grace Rathka, uncle Walter Rathka, brother Jack Fish, and great grandson Derek Lehman.
She is survived by her husband, sisters Lora Lee Henry and Elaine Catt, brothers Donald Catt, Charles Catt, and David Catt, her 5 children, 10 grandchildren, 18 great grandchildren and 9 great great grandchildren and numerous nieces and nephews.
Her family will be forever grateful for the kind care and attention that was given to her by our longtime friend who has become family, Mickie Wheeler.
A viewing will be held at the Church of Jesus Christ of Latter Day Saints 3rd & 4th Ward building 650 Pocatello Ave American Falls, Id on Friday October 25th from 3-4pm with a service at 4:00.
To order memorial trees or send flowers to the family in memory of Verna Jean Cotant Elder, please visit our flower store.