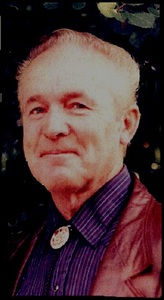 Veryl Worth King returned home to his Heavenly Father on October 13, 2013 while residing at Ridge Wind Assisted Living in Pocatello Idaho.

We wish to give a special thanks to the staff at Ridge Wind for their friendship and loving care of our dad for the last 3 years and their kindness during our time of sorrow.

To order memorial trees or send flowers to the family in memory of Veryl Worth King, please visit our flower store.
Send a Sympathy Card