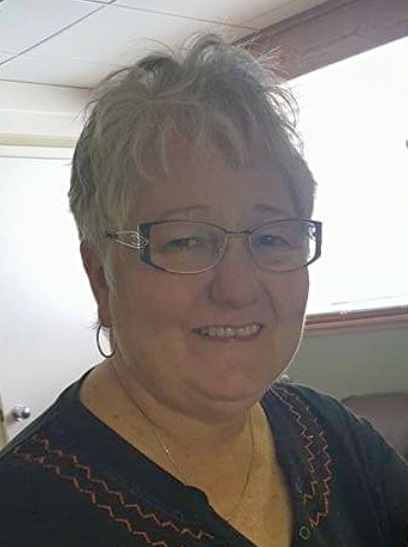 Vicky was born to Theodore and Alberta Schmidt on January 16th, 1956 in Las Vegas, Nevada.  Her father, Theodore was native to the Pleasant Valley Schmidts/Mayers and they returned to American Falls where she spent her life.  She graduated from American Falls Highschool in 1974.  She married Jeff England in Arbon Valley the same year.  They were married for ten years, during which they had three children.  Her oldest daughter, Aneatra Lynn Walker was born in 1976; her second daughter, Tamera Lee Merlette was born in 1977; and her youngest son, Theodore (Ted) George England was born in 1983.  She later married her best friend, James K. Morse, in 2002.

Many knew Vicky through her work across Power County, which included her time working as an Office Manager at Dam Lumber, as an Advanced EMT with the Power County EMS, and working harvests with the Power County Grain Growers. Vicky was also active in her community and church, including AF Sharps, Beta Sigma Phi, Good Sam, and the Christian Motorcycle Association.

Vicky was known for her strong value of family and fierce loving nature. She provided a family environment and loving embrace to everyone she encountered. Vicky acted as a Mother, Grandmother, and Friend to all. She displayed constant love for and a steadfast relationship with the Lord. Her faith acted as a beacon to everyone.

She was preceded in death by her parents Theodore and Alberta Schmidt, her brother Ricky Schmidt, and her sister Carol Tuttle.

In lieu of flowers donations could be sent to the Binky Patrol (through Power County EMS: contact Di Jones), the American Falls Little Theater (Contact: Tammy Ramsey), or the local SEICCA office.

Public visitations will be held at American Falls High School Auditorium, Thursday evening from 6:00 - 8:00 p.m. December 3 and Friday December 4 from 9:00 – 10:45 am.  The Funeral service will follow at 11:00 a.m.  The internment will be at Falls View Cemetery.  Please follow the CDC recommended guidelines regarding COVID-19 by practice social distancing, wear a mask, and participating online if feeling ill or if having been exposed to an ill person.  To participate online click the LIVE STREAM link below.  Memories and condolences may be shared at DavisRoseMortuary.com.

To order memorial trees or send flowers to the family in memory of Vicky Morse, please visit our flower store.
Send a Sympathy Card