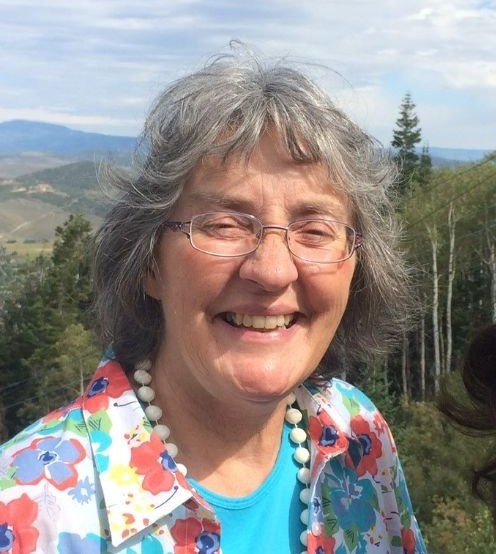 A beautiful soul was born to Martin and Silvia Brucker on December 2, 1953 in American Falls, Idaho.  A loving and dedicated wife, a proud and caring mother, and a gracious grandmother.  Violet was loved and cherished by all that knew her.  She was committed to her family, the farm and ranch, her church family, and many friends.

For those who knew Violet, she learned and understood the significance of a hard work ethic on the farm.  She grew up on her parent’s farm, worked alongside her father and mother as they built a life in American Falls.  She left a legacy of hard work ethic and had a servant’s heart in helping anyone she could.

Following graduation as a Valedictorian from American Falls High School, Violet followed her love of music attending Wheaton College in Illinois.  For her, it was an adventure to leave Idaho and musically, found a way to express herself.  She passed on her talents through teaching piano and organ lessons and blessed all those around her through church services, events, and the AF Sharps for many years. Her gift of music will be missed dearly.

After coming home to tend to her mother, Silvia who had cancer and later fully recovered, she then met her husband, LaMar, in American Falls.  She never wanted to marry a farmer, which is usually the case with women growing up on family farms, but God had other plans.  LaMar and Violet then worked alongside his mother and father, and her in-laws, Raymond and Esther for many years.  Violet had two children, Conrad and RaNae and continued to build the farm that it is today.

She didn’t have many animals growing up and made up for it throughout her life.  She had many pets and was known to bring orphans home.  She loved her cows and especially the calves as this allowed her to practice helping mother them.  She had a calm hand over the cows and calves and could typically be found in a sale ring at any given week throughout the year.

Violet had a servant’s heart dedicating her help and time in many capacities in church, through boards and advisory positions.  She will be greatly missed by all who met her but left a legacy that will be a lifelong approach to live up to. For that, we are honored and humble to try.

In lieu of flowers, the family asks that memorial contributions be made to the Violet Isaak Memorial Fund sent directly to the 3298 South Isaak Loop, American Falls, Idaho 83211.

To order memorial trees or send flowers to the family in memory of Violet Isaak, please visit our flower store.
Send a Sympathy Card