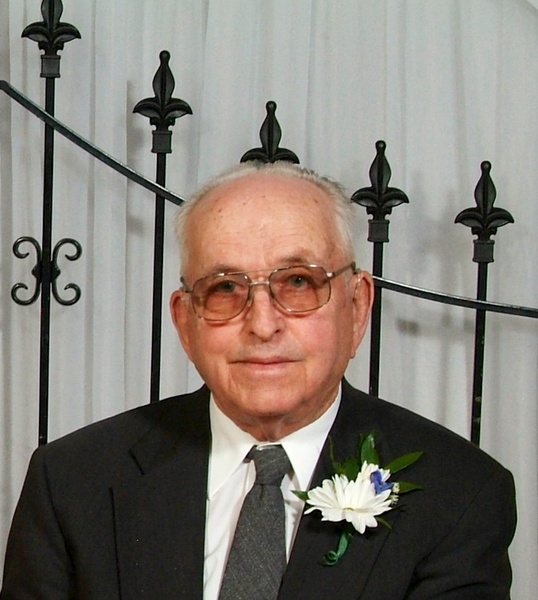 Virl Hone Nash was born April 3, 1928 in Salem, Utah to Oliver Henry and Edith Hone Nash.  He was the youngest of five brothers and three sisters.

His family moved to Aberdeen, Idaho when he was six years old, where he attended elementary school.    His family returned to Utah about eight years later and resided in Springville, Utah where he graduated from Springville High School.  He met Barbara Roe and they were married in 1950 in Salt Lake City, Utah.  They were later sealed in the Salt Lake Temple.

After Virl and Barbara were married, they made their home in Tyhee, Idaho for about three years.  Then they moved to the American Falls/Aberdeen area where they lived the remainder of their lives, except for a short time, when they lived in Rexburg, Idaho.

Virl worked in the agricultural industry throughout his life.  He was a hard worker who found joy and satisfaction in a job well done.  When he retired, he enjoyed caring for his yard and garden, and spending time with his family.  His wife, Barbara, their seven children, 30 grandchildren, and 66 great-grandchildren were the focus of his life.  He loved family reunions and any opportunities to get together with family.  He was a kind and gentle man and it was often said of him that he was the “perfect grandpa” as the grandkids and great grandkids all adored him.  At the time of Barbara’s death, they had been married 69 years.

Virl was an active member of the Church of Jesus Christ of Latter-day Saints.  He was faithful in all of his callings and assignments.  Perhaps his favorite was being a home teacher because of his love for others.

Virl is survived by Gayleen (Leroy, deceased) Chandler, Glenda (David) Evans, Blair (Sheryl) Nash, Peggy (Ronnie) Lowder, and daughter-in-law Lynne (Brent, deceased).  He was preceded in death by his parents, all of his siblings, his wife Barbara, their children: Brent, Susan, Blake; and grandsons:  Brian Nash and Christopher Evans.

Funeral services will be held Friday, August 12, 2022, at The Church of Jesus Christ of Latter-day Saints in Aberdeen, Idaho.  A viewing will be from 10:00 – 10:45 AM with the funeral following at 11:00 AM.  Internment will be in the Aberdeen Cemetery.

To order flowers, or to share condolences, memories, and photos, please visit DavisRoseMortuary.com  To watch the service live, click the link below (the video will begin approximately 10 minutes prior to the start of the service):  https://us02web.zoom.us/j/82198277928.