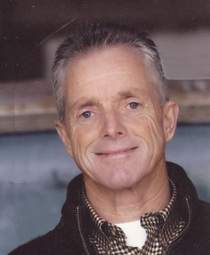 Wallace Neil Klassen was suddenly taken home to be with his Lord and Savior Jesus Christ on January 29, 2014.

Wally was born on September 15, 1950, to Otto and Eunice Klassen in American Falls, Idaho.

Wally grew up farming with his dad and brothers. He had great mechanical ability which in turn fueled his excitement for fast cars.

His love for trucks started when he was farming. In 1996 the farm partnership was dissolved and by January 2000 his long awaited interest became a reality when Diesel Depot opened its doors.

He is preceded in death by his father, Otto, grandson, Braden(9), a niece, Caroline Hadley(21), a great nephew, Caleb Leland(10), sister-in-law Susan Klassen, and a brother-in-law, Dale Kilcup(28).

Funeral services will be held Monday, February 3, at 11:00 a.m. in the Aberdeen middle school with a viewing beginning at 9:30 a.m. Graveside services will follow at Homestead Cemetery.

In lieu of flowers, contributions may be made to Bible Truth Publishers or American Bible Society.

Jesus said unto her, I am the resurrection and the life, he that believeth in me, though he were dead, yet shall he live: John 11:25.

To order memorial trees or send flowers to the family in memory of Wallace Neil Klassen, please visit our flower store.