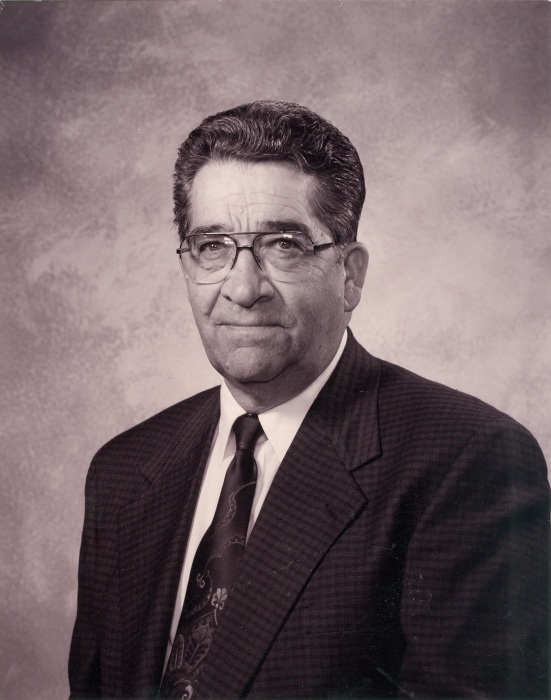 Wayne Earl Kendell, 92, of Aberdeen, Idaho, died peacefully at Quinn Meadows Rehabilitation and Care Center in Pocatello, Idaho, on December 14, 2017. Wayne was born November 29, 1925, in Aberdeen, Idaho. He was the fourth son of William Kendell and Edith May Earl Kendell.

Wayne attended elementary school in Grandview, Idaho and high school in Aberdeen, Idaho.   He loved sports, especially basketball. He played “outlaw ball” on a team called “The Country Cousins,” which included the Kendell boys, the Thornley boys, and the Savage boys. He always loved those days.

Just after graduating high school in 1943, Wayne enlisted in the United States Army, in which he served until the end of World War 2. Following basic training, he was en route to combat in the Pacific Zone when it was announced that Japan had surrendered. Wayne spent the duration of the war serving in Pearl Harbor, Hawaii, where he helped process soldiers that were returning home from the Pacific Zone of the War.

At the close of the war, Wayne returned to Idaho to court his lifelong sweetheart, Shirley Thompson. They were married in the Idaho Falls Temple on November 30, 1949. They spent 68 very happy years together and were blessed with three children and a foster daughter. Wayne spent his career farming in the Aberdeen area with his father and brothers Ralph, Max, and Paul. The family greatly enjoyed farming and ranching together for many years, eventually bringing many children and grandchildren into the growing family farm business. He was very proud of his farm, winning many awards over his career. He was particularly proud of his win as the U&I Top Sugar Beet Grower in 1963, with a yield of 25.4 tons. (To those unfamiliar with beets or farming, this is apparently a great number.) Following his official retirement in 1990, Wayne continued to take a near-daily tour of the farm, always caring that things were done well and that the crops were growing successfully.

Wayne was an active member of the LDS Church, in which he served for many years in various leadership callings. He served for many years as bishop of the Aberdeen 2nd Ward and as First Counselor in the American Falls Stake Presidency. He and Shirley served a mission to the Reykjavik, Iceland region of the Copenhagen Denmark Mission, where he served as the acting Mission President to the Iceland missionaries, under the direction of the Mission President in Denmark to whom he was a Counselor. Wayne and Shirley cherished this experience and have great memories and stories of their time with their missionaries in Iceland.

Wayne served two terms as a Representative in the Idaho State House of Representatives, where he was known for his strong moral convictions and conservative values. He took great care to listen to the constituents who had elected him and to carefully consider each decision he made as a legislator. He was a proud patriot and a deep thinker, always praying for the well-being of this country and for those trying to make his state and country a better place.

His greatest passion and love was for his wife and family. The family farmed together, played together and worshipped together. He was very loved by all of his children, grandchildren, and the many others who refer to him and Shirley as Mom, Dad, Grandma, and Grandpa. He will be fondly remembered for his gentle, generous spirit, his sweet sense of humor, and his kindness toward all who knew him.

Wayne was preceded in death by his parents, William Kendell and Edith May Earl, by his three brothers, Ralph Kendell, Max Kendell, and Paul Kendell, and by his oldest daughter Karen Kendell Roberts.

To order memorial trees or send flowers to the family in memory of Wayne Earl Kendell, please visit our flower store.