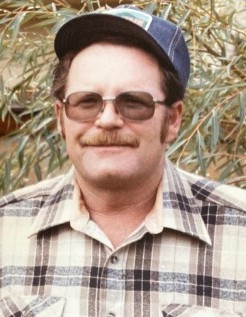 Westley (Kirk) Savage was born on February 13, 1943 to Earl Orlando and Valeria Ann (Dyer) Savage. He grew up Aberdeen with his parents and three siblings. He married Clara (Eilene) Campbell in 1967 and 2 daughters came from that union. They later divorced. On July 1st 1972 he married the love of his life, Jennie (Carleen) Aguirre. This union produced 2 more children bringing the total to four. Kirk and Carleen celebrated their 48th anniversary this year.

Kirk was preceded in death by both his parents and a stepfather, Alfred Deutchman. Unfortunately, he was also preceded by his siblings Doris Amos, Cheryl Wilkenson, and Harold Savage. He is survived by his wife Carleen Savage, his daughters Amy (Carter) Williams, Debbie Turner, Teresa (Lynn) Scherer, his son Adrian (Teresa) Savage and multitudes of grandkids, great grandkids, nieces, nephews, and all the people we adopted over the years.

Kirk was a loving husband, father, uncle, and grandpa. He will be missed. There will be a celebration of his life at at 1:00 p.m. Saturday February 13, 2021 at Power House Christian Fellowship.  Memories and condolences may be shared at DavisRoseMortuary.com.

To order memorial trees or send flowers to the family in memory of Westley "Kirk" Savage, please visit our flower store.