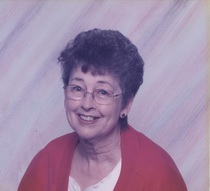 Yuvonne Leyshon Edmonds, passed away at home on Monday, May 18, 2015. She was born in Aberdeen, Idaho on October 27th, 1934 to Jennie Mae Warner Leyshon and Lorenzo Leyshon. She was the third of five children. She grew up on the family farm with fond memories of "playing school teacher" to the barn animals, running through the fields, and eating raw rhubarb straight from the garden. She graduated in 1952 from Aberdeen High. She married Bill A. Edmonds in American Falls, Idaho on June 25th, 1953. They have two children: Randy and Raquel. Yuvonne and Bill worked side by side for over twenty years at Edmonds TV and Appliance. She also enjoyed selling Avon for more than two decades during which she made many lifelong friends. Yuvonne is survived by her husband, Bill A. Edmonds, her daughter, Raquel (Steve) Wagner, a sister, LaRue (Clyce) Schumacher, a brother, Jay (Mary) Leyshon, grandchildren:  Ashton, Chevelle, and Gavin, and multiple extended family members and friends. She is preceded in death by her parents, sisters Mildred Curtis and Della Mae Taillet, and her son Randy S. Edmonds. Funeral services will be held Friday, May 22nd, at 1pm at the LDS Stake Center, 111 Church Place in American Falls, Idaho, under the direction of Davis-Rose Mortuary. Family and friends are invited to attend a viewing immediately prior to services from 12pm- 1pm. A full obituary may be viewed and condolences and memories shared at www.davisrosemortuary.com
To order memorial trees or send flowers to the family in memory of Yuvonne Edmonds, please visit our flower store.
Send a Sympathy Card