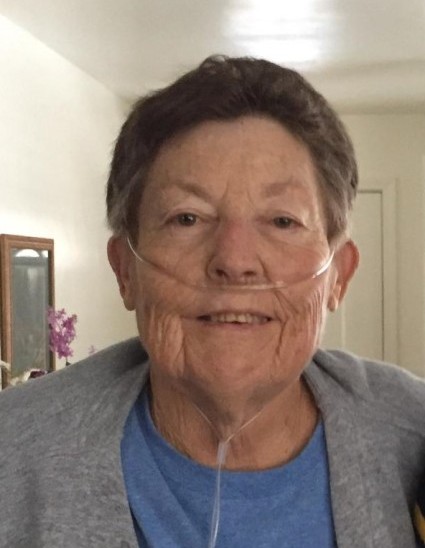 Zola was born, November 8, 1945, the second of five children, to Paul B and Betty Lou Kidd Williams.  She grew up and attended schools in Burley, graduating from Burley High School in 1964.  She had numerous jobs growing up and often talked about working harvest jobs and hoeing beets alongside her brother, Paul M, but later worked and managed the Burley A&W.

She married Larry Kress and they had a child, Veronica.  She moved to his family’s farms where they lived summers at Roy, Idaho and winters at Lake Channel.

After their divorce, she moved to American Falls and worked as an elementary school cook for many years.  She enjoyed working and had many stories of antics with her co-workers and “her lunchroom kids.”  She was forced to retire due to declining health.

Her hobbies included gardening, canning, sewing and cooking.   She enjoyed planting flowers around her house and loved living next door to one of her longest friends.   She viewed cooking for friends and family as an expression of love.  Her friends and family were the most important thing in her life.  She was often spotted in adventures around the area with her friends including yard sales, coffee, and local events.  She looked forward to her sister, Louella’s, annual trip from North Idaho at Memorial Day and their time together was her favorite.

Zola will be cremated, per her request, with a private family gathering at a later date.

Zola was preceded in death by her parents and brother, Paul M, all of Burley.

Mom requested that I thank everyone who contributed to her support network.   Without the help of many people she would not have been able to endure such a long illness and keep a good quality of life.

At her request there will be no public  funeral services.

To order memorial trees or send flowers to the family in memory of zola Kress, please visit our flower store.
Send a Sympathy Card